The Greenhaven Trilogy is a series of novels set in a genteel South Florida city called Greenhaven. Each of the three novels takes place in the present time and features the same group of local residents. Regular characters include the City Mayor, the Chief of Police, the director of the local museum and a brash, international real estate developer obsessed with building monstrous condo-towers on which he can fix his name in twenty-foot high, gold letters.

Although the trilogy’s setting is contemporaneous, each individual novel includes a backstory set in the distant past, which is ostensibly unrelated to modern Greenhaven. It is only as the historic theme develops, that its relevance to the contemporary story becomes all too apparent.
As the titles might suggest, each of the novels is also a murder mystery; the first two in the series begin with a dead body on the first page while the final volume concludes with a dead body on the last page. 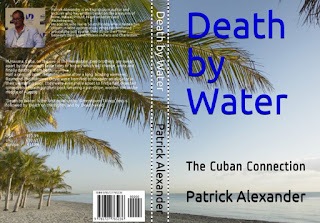 Volume One ‘Death by Water’ is subtitled ‘The Cuban Connection’ and it explores how the growing Cuban influence is changing and affecting the culture and politics of modern South Florida. The historic backstory describes Castro’s revolution and the effect it had on one of the island’s wealthiest families. While one brother languished in Cuba's jails for eighteen years, his younger brother fought at the Bay of Pigs. The trials of the Cuban diaspora is seen through the eyes of the once wealthy parents, learning to adjust to a life of privation on Miami’s Calle Ocho. The book opens with a dead body floating in a Greenhaven swimming pool, but the identity of the body and that of his killer is not revealed until the final page. 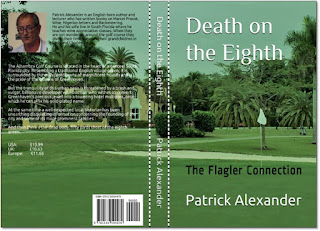 Volume Two ‘Death on the Eighth’ is subtitled ‘The Flagler Connection’ and it opens with the discovery of a dead body near the eighth hole of the city golf course. In addition to discovering who murdered the well known victim and why, the story also revolves around the battle to preserve the golf course from a rapacious developer who wants to turn it into a monstrous, multistory multiplex. The historic backstory traces the history of Miami from the time that Henry Flagler first created the ‘Magic City’ with the arrival of his railroad. The story-line traces the Spanish American war in Cuba, through the brothels and gambling joints of Miami’s Colored town, to the wild drug and sexual excesses of Stiltsville out on Biscayne Bay. Eventually we learn how all these sordid beginnings gave birth to the genteel City of Greenhaven. 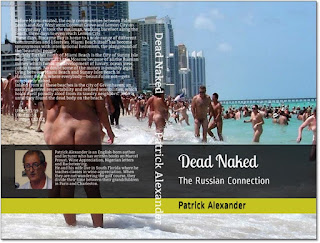 Volume Three ‘Dead Naked’ is subtitled ‘The Russian Connection’ and it opens and ends on a nude beach. The beach is just north of Greenhaven, near the City of Sunny Isles  which is known as ‘Little Moscow’ because of all the Russian real estate investments. In addition to the modern characters who appeared in the previous books, some of the historic characters also reappear. The main story follows the eventual demise of the vulgar developer who was introduced in the first and who dominated the second volume. The historic backstory begins with an anti-Jewish pogrom in nineteenth century Tsarist Russia, followed by descriptions of New York gangs at the turn of the century and the development of South Florida before Henry Flagler arrived with his railroad.

In addition to solving the mystery of the various murders and following the amusing interplay of the main characters, the books should be enjoyed for their detailed historic research with particular emphasis on the evolution of South Florida.

Each of the three novels is a standalone book and they can be read in any order. However, the chronological order is recommended, since so many of the trilogy’s political and romantic themes meet a satisfactory resolution in the final volume.