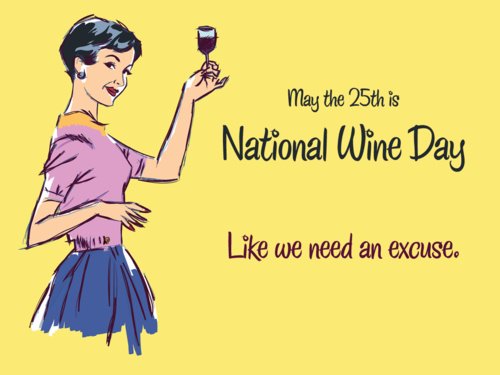 Posted by Patrick Alexander at 10:05 AM No comments:

Under the careful supervision of my father, I began drinking wine with meals at the age of five. Although mixed with water, it was unmistakably wine and we would discuss the taste and bouquet while my father would explain where and how it was made. At the same age, with the warm encouragement of my mother, I began a lifelong love affair with books.

My earliest memories involve Christopher Robin, with Pooh and Tigger and then Rat and Mole from the Wind in the Willows. Weekends were spent lying on the floor in the local library, lost in the worlds of Kipling and Dickens and, above all, my beloved John Buchan. Another early memory concerns Ernest Hemingway’s For Whom the Bell Tolls, and asking my mother to explain, ''But did thee feel the earth move?''

Shakespeare, of course, became an early love of mine, and I still thrill to hear Sir John Falstaff in Henry IV , Part 2 boldly proclaiming the joys and wonders of a glass, or two, of Sherry. Likewise, in Richard III, I still feel a chill when the two murderers arrive at the Tower of London with orders to drown the Duke of Clarence in a barrel of wine. When the unsuspecting Duke asks the men for a glass of wine, the second murderer calms him with a reassuring, “You shall have wine enough my lord, anon.”

And it is not just the English who associate wine with books. The twelfth century Persian poet, Omar Kayan, famously wrote:
A Book of Verses underneath the Bough,
A Jug of Wine, a Loaf of Bread—and Thou
Beside me singing in the Wilderness—
Oh, Wilderness were Paradise enow!

Indeed, as the writer Julian Street famously argued in his posthumous book, Table Topics: "Blot out every book in which wine is praised and you blot out the world’s great literature, from the Bible and Shakespeare to the latest best-seller. Blot out the wine-drinkers of the world and you blot out history, including saints, philosophers, statesmen, soldiers, scientists, and artists."

But of course it is the French, with their unparalleled tradition of winemaking and their glorious history of great writing which, since Rabelais, has always combined that love of books with the mastery of the grape. This combination was enough for me to leave England at an early age and move into the French countryside of southwest France where my wife and I spent the next few years raising children, drinking Bordeaux wines, and immersing ourselves in every writer from Balzac and Flaubert to Rimbaud and Baudelaire.

Ironically, my favorite French writer preferred beer to wine and would even phone the Ritz hotel at any hour of the day or night to order a cold bottle to be delivered to his apartment. Nonetheless, Marcel Proust still wrote a wonderful description of his young hero drinking seven or eight glasses of Port wine to give himself courage to invite a young lady for an amorous assignation. By the time he had drunk enough to make his proposal, the young lady declined. Possibly because he had consumed too much Port wine, or because she had not consumed any.

If Marcel Proust was a wine, I think he would be a Gewurztraminer from Alsace. Despite the wine’s underlying acidity, its sharpness and acuity is hidden behind a rich, floral bouquet that charms with a mellifluous harmony that simply overwhelms the senses. In the same way, Proust, the writer, hides his sharp and extremely comic insights into human nature behind a screen of poetically seductive images. The first taste from a glass of Gewurztraminer or a random passage read from In Search of Lost Time leaves us standing alone in ecstasy, inhaling through the rain, the lingering scent of invisible lilacs.

Over the years, as I have become more familiar with my favorite authors and have become better acquainted with a wide selection of different grapes, I often find myself pairing wines with writers. In Chapter Six – Varietals, I have therefore described several different grapes in terms of novelists who share similar characteristics with the wine. A literary wine pairing.

Sixty-five years after my first glass, I have become ever more set in my ways, and now I am never happier than with a glass of wine in one hand and a good book in the other.


Posted by Patrick Alexander at 7:36 AM No comments: